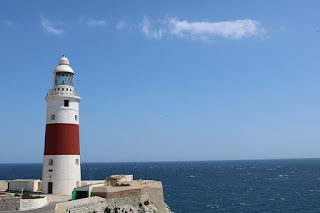 
This week seemed filled with such clear signs concerning the wisdom of the prohibition of alcohol consumption.

It was widely reported that the World Health Organization (WHO) published a study declaring that alcohol accounts for one in twenty deaths worldwide. That latest study only confirmed another from last month which found that "there's no amount of alcohol consumption that’s safe for overall health" and that "some modest cardiovascular benefits associated with moderate drinking" are "overshadowed by the numerous ways alcohol can threaten health".

Less widely reported was this observation by Vladimir Poznyak, the Coordinator of Management of Substance Abuse Unit at the WHO:

So the less the Guidance is followed the greater the health burden.

Yet we see another type of burden associated with alcohol, a moral one, evident in the spectacle of Brett Kavanaugh's supreme court confirmation hearings in the US.

How odd it is that people should regard fornication and alcohol consumption as perfectly acceptable, even among teenagers, yet recoil in supposed shock and disbelief at sexual assault (i.e. zina in the west) perpetrated by a "stumbling drunk" male on an accessible, inebriated female.

"Satan only desires to precipitate enmity and hatred between you in regard to wine and arrow-shuffling, and to bar you from the remembrance of God, and from prayer. Will you then desist?" Quran 5:91(Arberry)

And that is the question:

Will you then desist?

Indeed the mindless, politically expedient yet morally confused outrage of a society of drunken fornicators who will not desist is a tragic thing to behold.

May Allah save our bodies, intellects, and societies from the destruction that disobedience inevitably brings.