The Trump Presidency: An Opportunity for Reflection and Change 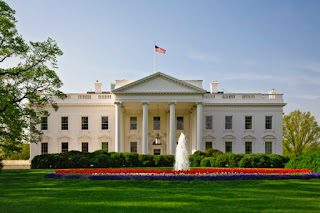 The undoubtedly historic victory of Donald Trump at the polls is certainly, if nothing else, worthy of reflection. There are many important lessons to be had from this most unusual campaign and election.

Here are a few that stand out to me as an outsider.

It must be said that the campaign was horrendous involving, as it did, apparently unprecedented levels of slander and vitriol. At least one significant social commentator has taken the Trump win as an opportunity to soul search saying that such depravity and the hate, fear, and suspicion it engendered should at all costs be avoided in the future. That sentiment certainly has merit from a Muslim perspective. Every setback, loss, or slip should provide the believer with an opportunity for introspection and, where appropriate, repentance - which is always a good idea.

It may also be true that in this victory there is an indicator of the force (for better or worse) of authenticity. Politicians, as this campaign has made painfully clear, are hardly towering examples of moral rectitude. Yet there is something to be said, in retrospect, about the American voter’s decision to elect someone who was not perceived as being pretentious or deceptive, even if only with respect to his rhetoric, views, and disposition.

That is about as much as I can muster concerning positive moral lessons in this affair – unfortunately there wasn’t much to go on.

As regards the intersection of politics and morality, I have pointed out before that Muslims in the US, and indeed elsewhere, have for too long been content with an alliance of convenience with the political and intellectual left despite the glaring and unconscionable moral compromises entailed thereby.

That alliance is sustained by a fear-based conventional wisdom that says Muslims, as a vulnerable minority, have no choice but to ally themselves with socially progressive yet morally permissive political and intellectual forces in order to avoid harm at the hands of a powerful “racist”, intolerant, white majority. That approach might be expedient but it is not the way of taqwa which would require instead that legal and social means be sought to preserve and express the values of the community, in addition to preserving its safety, as permitted by the constitution and relevant laws.

Now this turn of events, completely unforeseen by those political and intellectual forces, undermines that morally flawed, fear-based conventional wisdom. The academics and pollsters (especially the progressive yet permissive ones) were all just as wrong regarding their political calculus as they are with their moral calculus and the Muslims are right there with them – vulnerable and exposed.

The fact is that America is not the same today as it was in years past. It is no longer simply a “white” nation with an “other” underclass such that the fear-based calculus of race and class politics remains potent in the same ways as before. The fact that race and gender were not particularly significant in getting Trump into office, despite obvious efforts on the part of the political and media establishments to play on them, may indicate not only that current methods of measuring public opinion are inadequate but also that the public response to political and media stimuli has changed in significant ways.

Could it be that the Democrats (especially) and Republicans have left the nation so broken and divided that they are now confronted by a groundswell of frustration-inspired, populist, anti-establishment sentiment that threatens them and republic’s existing political assumptions?

If that is the case then the Republican party is certainly doing better, emerging politically stronger after the election despite its divisions. That may well be because they, at least in part, grudgingly accommodated that groundswell of subversive ideas manifested in the Tea-Party then the Trump “movements” which, in retrospect, were very early warning signs of the outcome the nation faces today.

And the Democrats too, with their now forgotten Sanders movement, had their own early warning sign. But that movement was anything but accommodated by the party. Perhaps snuffing out the Sanders movement in such a manner was a fatal blunder that, along with other signs like what I would call the Malik Obama effect, were ignored ultimately leading to previous Obama strongholds contributing to the dramatic triumph of Trump.

Whatever the details are, Trump’s victory is not a minor matter nor is it a temporary setback for the political and media establishments.

This is a watershed moment and it may also be a judgment from God against the morally flawed conventional political wisdom relied upon by American Muslims for their political engagement up to this point.

Things have changed and right now America, for the first time, has a president who is an ill-tempered, crude, outsider with no government experience at all. But he is also a president who has refused the assistance of pro-Israel lobbies, has pledged to be neutral on the Israeli/Palestinian conflict, has called for an investigation into why polls indicate hatred on the part of Muslims toward Americans (he did that when he called for a ban on all Muslims entering the country – see paragraph five), and yet has virtually single-handedly taken on the American political and media establishments and prevailed.

American Muslims could therefore take this development as either a catastrophe of apocalyptic dimensions or as an opportunity of similar magnitude. Either way, swift, responsive leadership and positive action will be required.
So insha Allah khayr will come out of it.